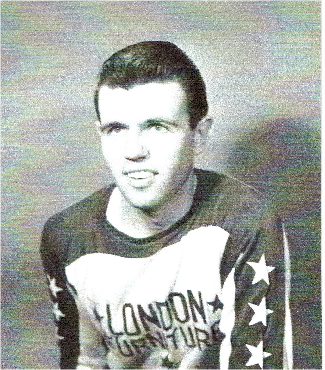 At the age of 19 in his hometown of Windsor, Ontario, Dick converted from a baseball pitcher to a softball pitcher and gradually rose up the ranks of recreational leagues to be a leading pitcher in the Windsor Major League.

In 1960 he moved to Providence, Rhode Island to pitch for them in the Atlantic Seaboard League.  In front of Ted Williams and Yogi Berra he pitched and defeated the World Champions Aurora Steelmasters, with the legendary pitcher Harvey Sterkel, 1-0. That same year he pitched a no-hitter in the Regional Tournament to defeat the Raybestos Cardinals of Connecticut and pitcher Johnny Spring who hadn’t lost a game in the Regionals for the previous 11 years.

In 1961 he returned to Canada to start a family and relocated from Windsor to London although he participated that year with the Windsor Calcott Hotel team to win the OASA Senior ‘A’ championship.

From 1962 thru 1967 he pitched with the St. Thomas Memorials winning the OASA Senior ’A’ title in 1963 and the Senior Elimination Tournament in 1967  to earn a berth in the Canadian Championship Tournament in Saskatoon where he was voted the best pitcher and selected to the All-Star team.

In 1968 he participated with the Winnipeg Monarchs, ’67 Canadian Champs, in the ISF World Tournament in Oklahoma City.  His only loss there was a final game 4-0 loss to the defending Champion USA team, the same Aurora Steelmasters and Harvey Sterkel.

From 1968 thru 1971 he pitched for London TV Cable. In 1970 they won the Canadian Senior Men’s Championship in Winnipeg where he was voted MVP and selected to the 1st All-Star team.

In 1971 he participated as a pick-up from London by the Richmond Hill Dynes to pitch for them in the Canadian Championships in Halifax which they won and earned to represent Canada in the ISF World Championship Tournament in Manila, Philippines.  Along with Bob Domik and Bill Drennan, they pitched the Dynes team to a berth in the final game against the USA team.  In that championship game he pitched a 1-0 win while batting in the winning run in the 2nd extra inning of a real nail biter.  Dynes was the last club team to represent Canada in international competition as a National team concept was initiated by the CASA in 1973.

On returning home he was voted the winner of the inaugural OASA “Mr. Softball” award honoring the 50th anniversary of the OASA.  Shortly after Dick’s pitching career was curtailed by a virus he had contacted in the Philippines which attacked all the joints in his body.  Although he resumed pitching after 3 years of rehabilitation, he never regained the form of a World Class pitcher.

These days he is back pitching baseball using the softball windmill style on a mound 60’6” from home plate.  Dick states “I’m having fun, I still getting to travel the country and and feel blessed for my God-given abilities”.


Harry Eckler (Deceased)
Inducted: 2016
Harry Eckler, born 1916, is a former ball player. From the 1940s -1950s he was considered to be the finest hardball and fastpitch softball first baseman in Canada. He played first base on fastball teams that represented Canada in 4 World Tournaments.

Pete’s domination of opposing hitters throughout his career gained the big left-hander notoriety locally, provincially, nationally and internationally, as he established himself as one of the best at his craft in the world.
He first began tossing strikes back in 1959 as a 12-year-old in his hometown of South Porcupine, near Timmins. So appreciative were the locals of his longevity and contributions to the sport, they named a baseball park after him in 2003, an honour he says remains as one of the top highlights of his illustrious career.

Pete moved to Oshawa in the mid-1960s to play junior with the Scugog Cleaners, where he won his first provincial championship, moving up to the Oshawa Tony’s senior club and duplicating the feat in 1968. From there his career skyrocketed including countless appearances in the Canadian championships, representing teams from Ontario, British Columbia and Saskatchewan, while winning a number of MVP awards along the way. He also was fortunate enough to play a couple of times in the International Softball Congress world championships.

Even in 1998, with his best days presumably behind him, he pitched at the Masters  level in Cobourg for the Cold Springs Cats. As well as winning the Canadian Championship in St. John, New Brunswick, tossing a no hitter in the championship game.

Pete is giving back to the game by working with Oshawa Juniors who were silver medalists at the 2016 U 21 Canadian Championships.

Darren Zack is recognized as one of the top pitchers ever seen in the Fast-Pitch world. He was dominating in the circle, a wonderful sportsman and a terrific ambassador for the game off the field. Darren is treated as a legend whenever he appears at a Canadian ballpark, a certain sign of the respect that he has earned in the softball community.

In addition to being a dominant pitcher on the field, Zack loves giving back to his community and to the sport, working with youth to develop their skills by giving clinics across the country. In 1997, Darren was awarded the National Aboriginal Achievement Award, and in 1999 he was presented with the Tom Longboat Aboriginal Award, honouring outstanding First Nations athletes. 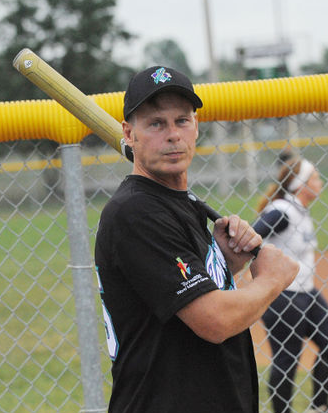 Adam Smith is known for his fantastic two-way play, being a very dangerous hitter and a remarkable defensive second baseman capable of making highlight reel plays at any time.  Throughout his career he earned the respect of his teammates, opponents and fans by putting everything on the line on every play and providing clutch hits and leadership.

At the national level, Adam is a four-time Canadian Championship Gold medalist and a five-time Silver medalist, earning All-Star and Top Batter awards in 1993 and was the Top Player of the Championship Round in 1996.  He was a long time member and captain of the Toronto Gators, who had a great amount of success in the 1990’s, highlighted by three Canadian Championship Gold medals over a four year period from 1993 to 1996.  Over his career, Adam also played for several other teams in Ontario, including Burlington, Owen Sound, Oshawa, Jarvis and Kitchener Waterloo.

Internationally, Adam played on Canada’s Senior Men’s National Team from 1989 to 2000, where he represented our country at two ISF Men’s World Championships, winning Gold in 1992 and a fourth-place finish in 2000 – and two Pan American Games, where he won Gold in 1995 and 1999.  In 2016, Adam was a member of the Toronto Gators winning the Legends Division of the ISC.